…interview before x-mas is done! Ta-da! Lots of interviews done and it´s been really nice and positive responses on the album, so happy for that;=)

Here in Helsingborg we still have so warm winter weather -rain and around 6-7 plus degrees which is really unusual for december. On x-mas eve they say 8 plus degrees and sun!! How weird but I like it! I don't want any snow, just bring me spring straight away!

Snow is beautiful, so don´t get me wrong- I just don´t like it from all the practical sides, like driving my car in the snow, driving Mio in the pram trying to push through all the snow, having snow everywhere in the car, in the home…

But then the nicer sides with snow is that it gets lighter outside from the white snow, it´s fun to make snow balls and snow angels and go with a snow racer downhill, snowflakes are SO beautiful and it gives that x-mas feeling 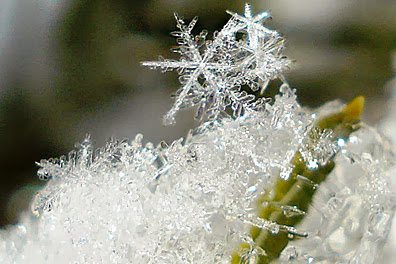 But if I have to chose snow or not I choose no snow;=)

Hey Anette ! You see, there in France, there is the same weather (at least where I leave) but with 2-3 degrees more ^^' Very weird yes, and the drizzle is a bit annoying x)
Eh yup snow is very beautiful, I love snow, but since I'm starting to have a professional life, I do believe it would be problematic if snow falls :p

I've got an interview tomorrow morning. Of the job variety. So an early night for me tonight. Good night Anette! :-)

hahahaha day before the day before... ;) We don't have a snow too and it's sunny and warm like for december. In this year X-mas will be different ;)

Hey Nettie, good night.
Aah, I love the snow too, of course it is very hard to wake up at 6:00AM and go to work driving or walking on the snow, but as you always say, everything has its good side and its bad side and the good side of snow weather is the beauty. I really miss waking up every morning, then opening doors and the white beauty was shown to me, how I miss the east winter time, but I'm pretty sure someday I'll be back =).

Wow, I read some comments about your finnish interview, man, how people love to care about each other's life. I can't read what you said but I'm sure you are a very nice person and won't open your mounth to screw things because now you're in a brilliant part of your life and it doesn't deserve to be fucked with past scars.

Now have a beautiful night and sweet dreams =).

I hate snow too, so I totally know how you feel. But even I say that there should be some snow at Christmas, because as you said it gives you that feeling. However as soon as Christmas is over, spring can come haha. I can't wait to hear your album by the way, if all songs are as awesome as Falling, I'll love it :)

Wow, there is happening very much again... even if I´d like to go to bed, I first have to write this comment, otherwise I´ll find no sleep :).

I read parts of your interview that were already translated into english. First of all, I´m on your side :). And I´m proud, really proud that you finally speak up against the Nightwish guys and say what went wrong. I think that´s your right.

So, when I say I´m sad, then it´s not because of you... no, it´s because of the behaviour of many people and their negative reactions. It shocks me what opinion people have of you now because of what you said in that interview. It just makes me really, really sad how some people judge you, they don´t read enough in your blog etc. then they would see what kind of wonderful person you are :). You sit down to post in your blog and instagram for us, because you admire your fans and care about them. You even answer us and with that give us the chance to contact you. That´s so nice of you and not everyone would do that. Thank you so much for everything!

In my opinion it was really brave from you to say those things in the interview and I admire it. Don´t worry care about people who offend you because of it. What you need are fans who really stand behind you. I personally do and so many others do also :).

Ok... now I feel a bit better. I trust you Anette, I know that what you post and say is your speaking and that you are right with us :). And I admire you so incredibly much :).

Have a good night and please take always good care of yourself, Anette :). See you!

Now you can relax and enjoy the days before Xmas :)

I really don't like snow, so I am happy we have a weather like this. I can live with it :)

hello Anette,
i just read arcitle in polish (rock and metal) magazine Teraz Rock about you and leaving NW here's link for it (but it's in polish) http://www.terazrock.pl/aktualnosci/czytaj/Anette-Olzon-wyrzucono-z-Nightwish_-bo-zaszla-w-ciaze_.html

from my point of view someone forgot what music is about, its not about money. Its about people, making world better. And i'm really upset you were treated like that when you were BLESSED. BLESSED! u can't exchange that for a money!!

God Bless you Anette!
I wish you all the best.
greetings from Poland :)
lots of love :)
Paulina

Hi Anette yes me too bad about the past of my happiness time, but now i am so happy that you are my no 1 just a fan singer from your band alyson avenue as i mention right . i like to listen to your powerful voice. thanks so much wish you can give an autograph lol *-* .... but thank you .with love - Ralu.

Hi Anette yes me too bad about the past of my happiness time, but now i am so happy that you are my no 1 just a fan singer from your band alyson avenue as i mention right . i like to listen to your powerful voice. thanks so much wish you can give an autograph lol *-* .... but thank you .with love - Ralu.

Hi anette, I just want to tell you that you look amazing in the magazine pictures , you look like a super heroine *.* and I didn't have the oportunity to tell you that I love your new hair color I mean the dark blond looks more natural and about the weather I'm happy for you that it's warm because I remember the last year was too cold o.O, so good things come even the weather is conspiring in your favor hehe ;) Have a relaxing weekend with your dear ones. Hugs from colombia

Great to see that the blog goes on with new comments and you posted on instagram... I missed you yesterday. But it´s so nice that you find time to relax :). You really deserve it!

Have a very nice day and please take always good care of yourself :).