Going down the memory lane;=)

This weekend me and Johan have been cleaning out at home and I found a pile of old photos and thought we´d go down my memory lane today;=) Some photos are a bit blurry since at the "old" days we didn´t have digital cameras and could fix the photos and so on but I hope you like them anyway;=)

First a photo of me and the cover band I was in between the age of 17-21 - TAKE COVER
We played almost every weekend both in Sweden as well as Denmark and we played everything from Roxette to Creedence Clearwater Revival;=) 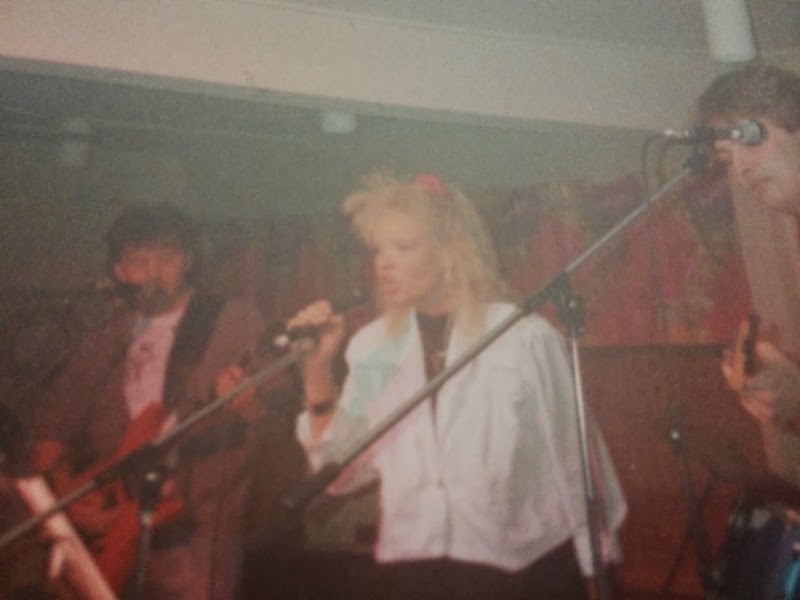 Then a photo of me singing in the finals in a big talent show called STENA-93. I sang What a feeling from Flashdance;=) 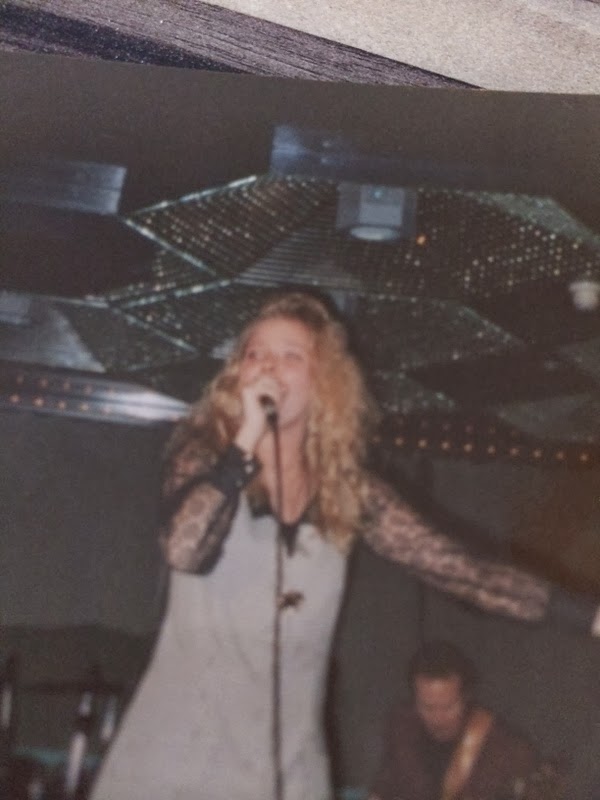 Then a nice photo from a newspaper with me and my boys in Alyson Avenue. I think this is from appr. 93 too;=) 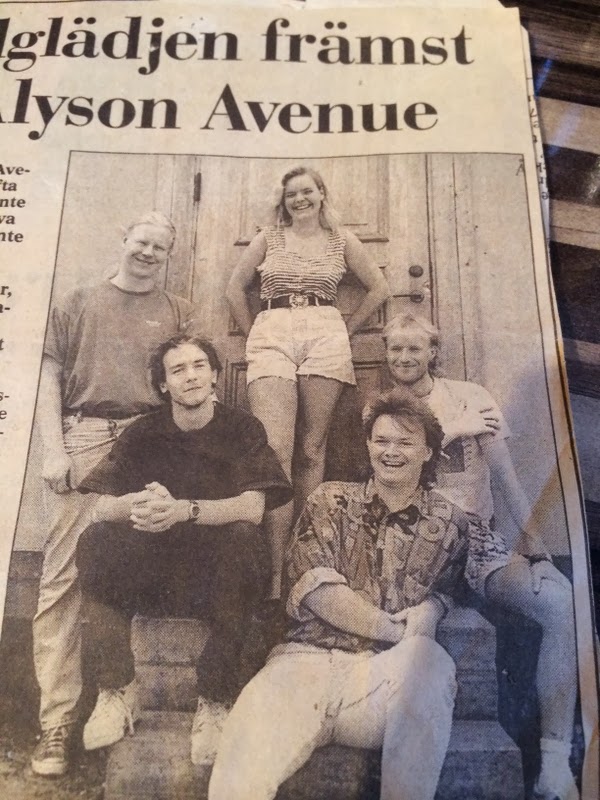 Then from the musical/rock opera GRÄNSLAND where I played the leading role in 1992 where also my mum played my mum and Tommy Stråhle, who sang in Alyson avenue with me in the beginning played the one I fell in love with. I was a queen from outer space who landed on Earth to get help to beat a mean king in my space world. I brought a boy with me back (Tommy) to fight against the mean king. We did 14 shows here in my city at Röda Kvarn and I also worked with building the stage so it was a really fun and educational thing for me to do;=) 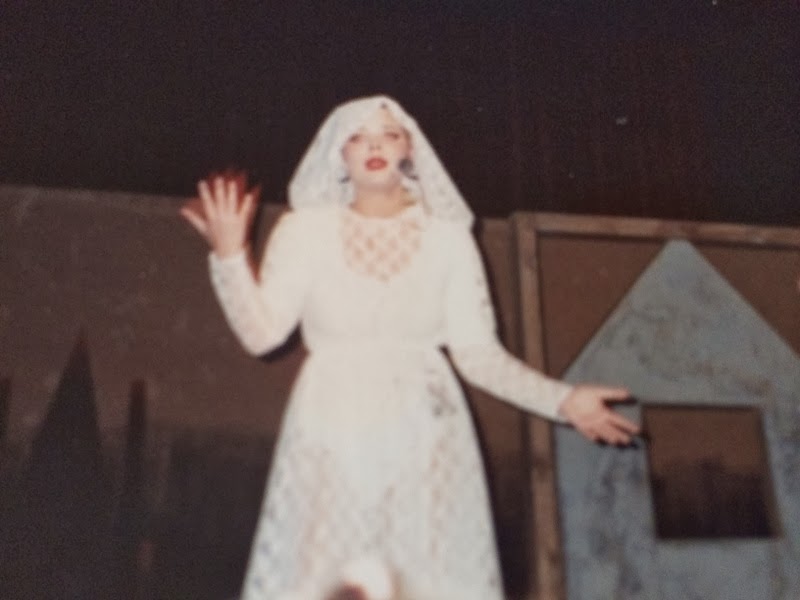 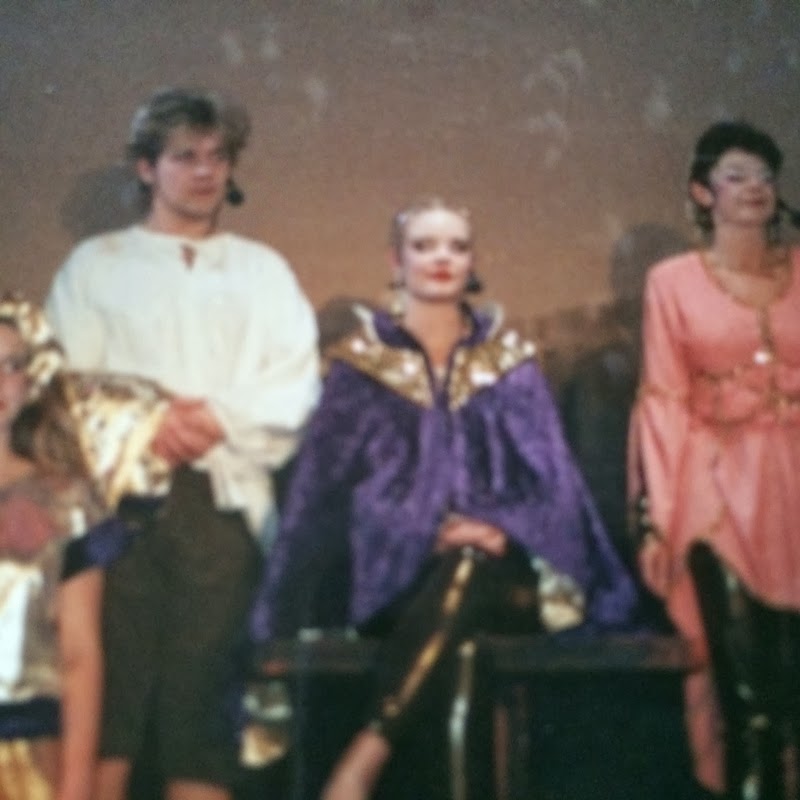 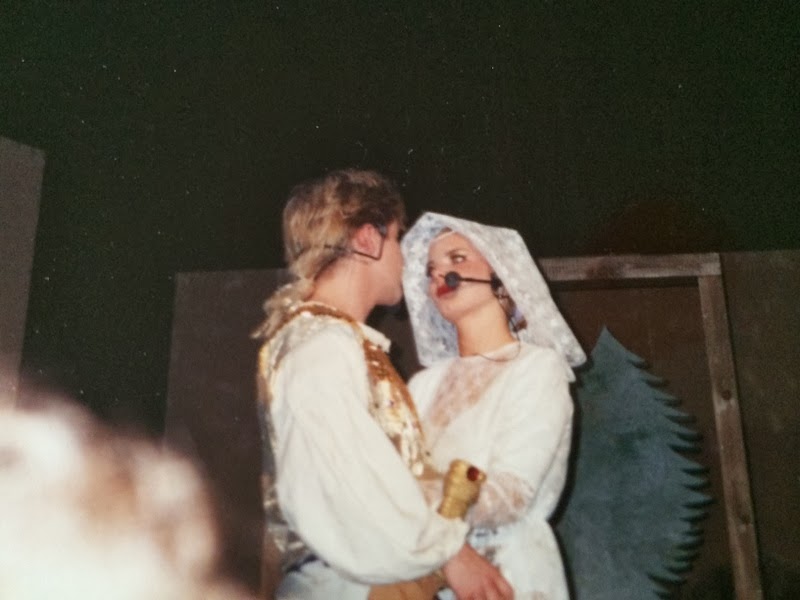 After the musical I applied to get into a musical/ballet school called Balettakademien in Gothenburg and I was 1/20 to get in among 3600 applications;=)
Below I am with a classmate from a newspaper after getting in. 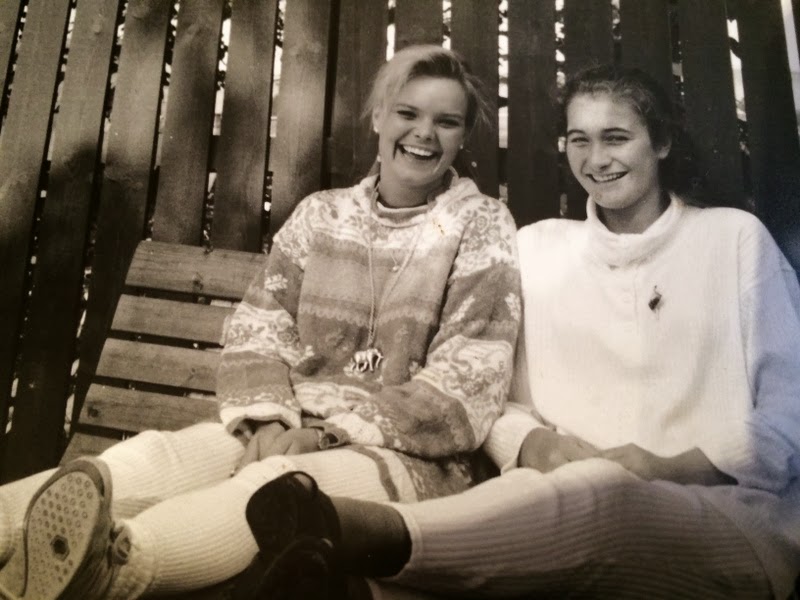 And then a photo of me when I was in Helsingborgs Lucia 1993 where we sang everywhere for weeks around Lucia. We visited nursing homes, companies and schools so I was quite tired of singing Xmas songs after that time;=) 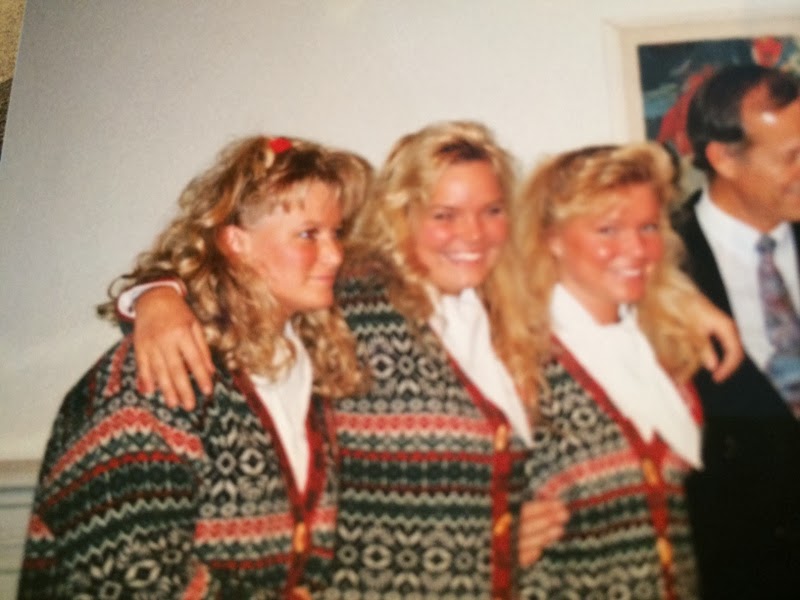 So some nice memories and wow, time flies!!!
ENJOY your day!!

Hi dear Anette! It's lovely to see those picture and knowing all the long way you had to walk before being where you are now. Everything was worth it in the end, don't you think?
Can't wait to have "Shine" in my hands! All the best and have a wonderful day! :)

Wow, time flies indeed. But you haven't changed a bit, you still look beautiful! Happy 2014 by the way =)

Such precious moments :)
Thanks for sharing them with us Nettie. I would love to see the musical where you played. I am sure that it was awesome.
Wishing you a lovely day

hej anette, i hope you're ok :)
it's funny, but it seems you look younger now that when you were in your 20's... it was really nice to see the pics, btw, thanks a lot for sharing them!
i wish you a lovely day, kisses & love from steph <3

You are very beautiful back then as you are still now to this day! :-))

Thanks for sharing ! These made me smile :)

You look like Debbie Harry in the first picture =) At first I thought you took it at a Blondie-show... ^^

Hi Nettie,
and first of all: thx for sharing this with us. :-)
I like your taste of music concerning the covers you sang. Btw did you win the talent show?
Your experiences from the musical sound very exciting. It must be great to work with your loved ones. :-)
Well and I have to say that you look still as young as in the photos. If it wasn't the quality of old photos, I hadn't guessed that around 20 years have passed since they were taken. "Old" photos of you always look like they were taken yesterday. :-)

Oh I wish there were videos of your musical... unfortunately I doubt it. You still look great after 20 years. Many hugs!

Very interesting photos. Thanks for sharing.

When I looked at the photo of you from GRANSLAND, where you're in you space queen costume I thought 'Storytime' video / 'Imaginarium' movie :-) Then when I read that in this musical/rock opera you take a young boy called Tommy back to your planet to beat the evil space king I thought of the boy from the Imaginarium movie who coincidentally happens to be called Tom :-)

It's weird isn't it how the future sort of predicts itself sometimes :-) At the time when you were in GRANSLAND you couldn't see that in the future you'd be in another sort of rock opera called Imaginarium and that in the story there would be a young boy called Tom :-)

Just in case you're wondering Anette I'm not the Tom who came back to your planet to help you beat your evil space king 20 years ago! :-D

Although Tom does happen to be my real name! :-)

Have a nice evening my favourite lady Viking! :-)

Hi !
Thank you so much for sharing this with us ! Great photos ! ;)) And great memories too !
Love